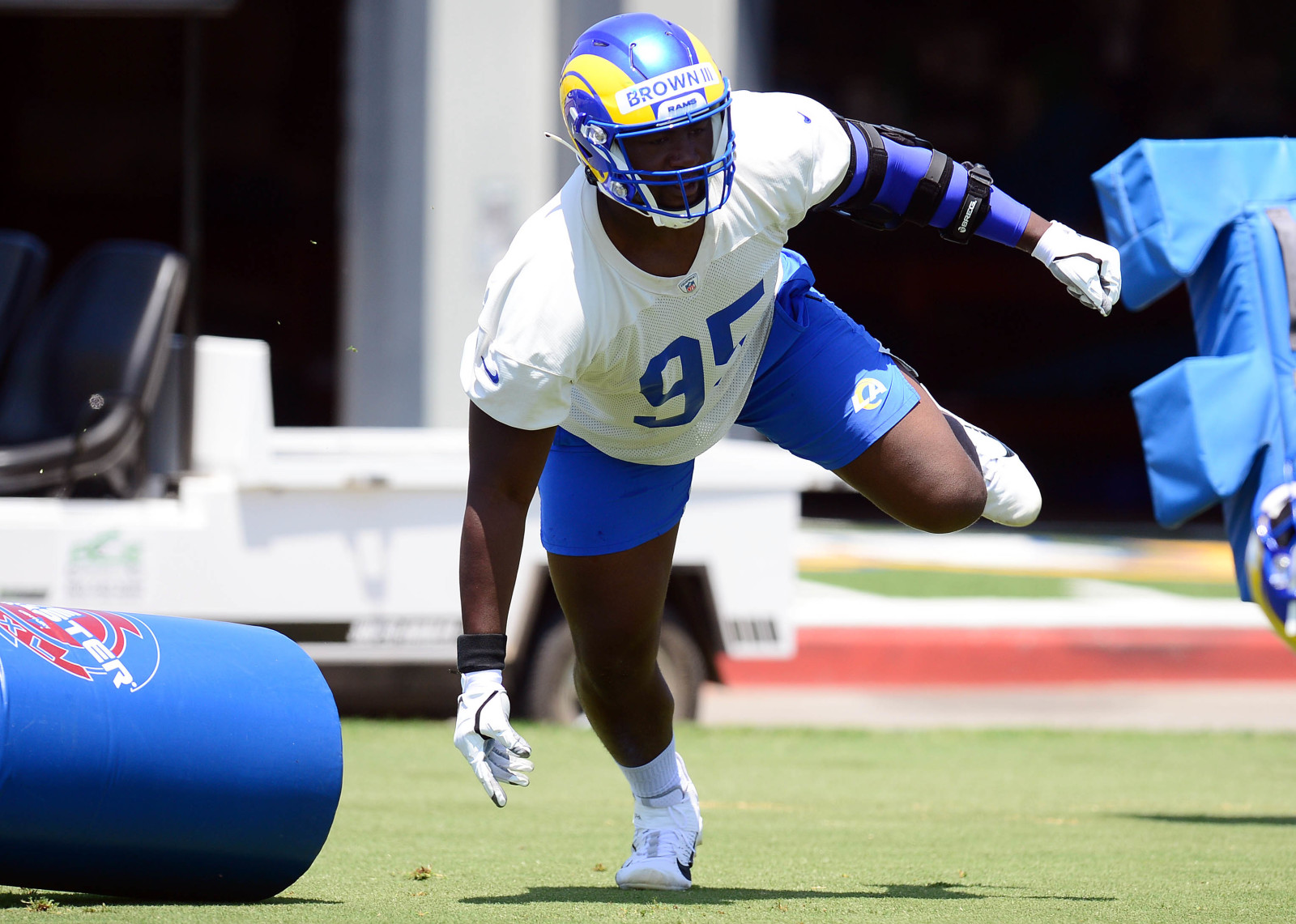 Los Angeles Rams defensive tackle Bobby Brown has been suspended without pay for the first six games of the 2022 season for violating the league’s policy on performance-enhancing substances, the team announced Tuesday. Brown is eligible to participate in all preseason practices and games and is allowed to return to the Rams’ active roster on Oct. 17. The exact nature of the PED for which he tested positive is not known at time of writing.

Brown was selected by the Los Angeles Rams with the 117th overall pick in Round 4 of the 2021 NFL Draft and was expected to be a rotational player on the defensive line.

Brown played in 10 games last season making a single tackle while playing 22 total snaps on defense. He was expected to be the Rams’ fourth or fifth defensive lineman on the depth chart but will now have to wait until mid-October.