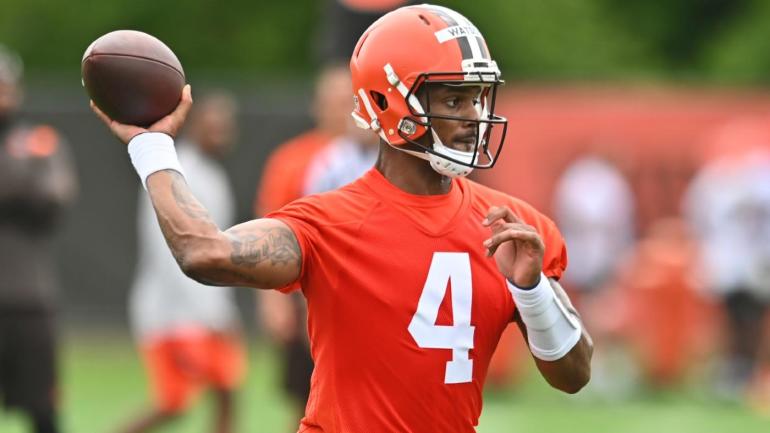 The NFL will reportedly push for a lengthy suspension for Watson

The Cleveland Browns may soon have clarity with regard to Deshaun Watson’s status for the 2022 season. Watson’s NFL disciplinary hearing is slated to begin on Tuesday, according to ESPN and confirmed by CBS Sports NFL insider Jonathan Jones. NFL and NFLPA’s jointly appointed disciplinary officer Sue L. Robinson will conduct the hearing. Following Robinson’s ruling, both the NFL and NFLPA have the option to appeal. NFL commissioner Roger Goodell can either rule on the appeal, or he can call on an independent ruler.

According to a Wall Street Journal report, the NFL is pushing for an indefinite suspension that would last no shorter than one year for Watson, who previously faced 24 civil lawsuits that accused him of sexual misconduct during massage sessions during his time with the Houston Texans. Watson has settled on 20 of those suits. Watson, who has denied any wrongdoing, was not indicted on criminal charges by two Texas grand juries earlier this offseason.

During Watson’s introductory press conference in Cleveland, Browns GM Andrew Berry fielded questions about a possible suspension involving his new quarterback. Berry said that the team has and would continue to have open communication with the NFL. Berry added that Watson’s salary — which includes a $1 million base salary for the 2022 season — is not to protect the team from a possible suspension but to give them flexibility moving forward. The Browns signed Watson to a five-year, fully guaranteed $230 million deal after his acquisition.